US Dollar Analysis and News

Sentiment in China deteriorated even further overnight amid the rising risks regarding Chinese property developer, Evergrande, which saw its shares fall another 10%. As such, while the Federal Reserve decision will garner market attention, risk appetite looks set to be dictated by China and thus, this is where traders focus should lie. On Thursday, two interest payments valued at $83.5mln and $36mln will be due, marking a test of the property developers ability to continue making interest payments. That said, headlines regarding Evergrande will be closely watched and likely will see increased market sensitivity to developments.

In tandem with the pullback in equity markets, which looks to be right on cue with the historical performance (figure 1), FX markets are following the usual risk aversion pattern with haven currencies in demand vs high beta currencies. Notable outperformance seen in the Japanese Yen against the crosses, including the USD. Expect commodity-linked currencies to extend declines as US participants enter the fray. 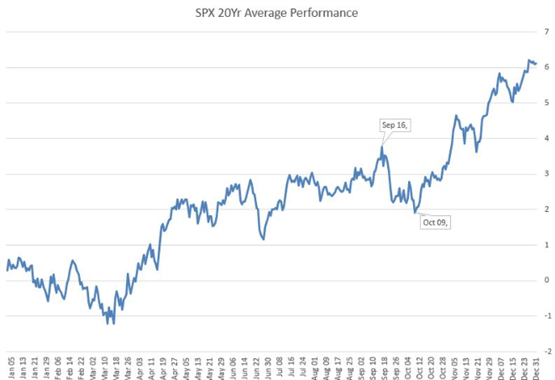 As I mentioned above, the Fed monetary policy decision is due and given last week’s price action, in which the USD and yields moved higher in anticipation of a hawkish surprise, the unfolding situation in China, provides an excuse for Fed Officials to remain cautious. Now while that could be seen as a USD negative, the current bout of risk aversion is underpinning the greenback for now, as the USD heads towards its YTD high at 93.73. 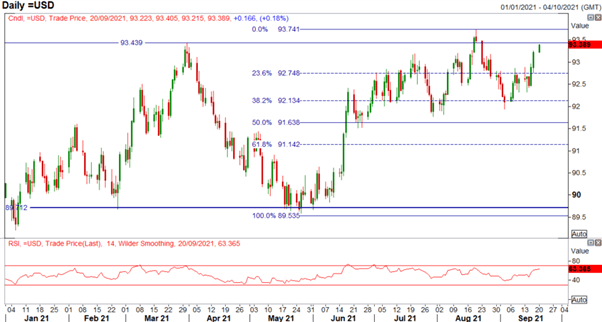 Aside from the current risk aversion, attention for CAD traders will also be on today’s snap election, where bookmarkers expect the status quo to be maintained. ING has a handy cheat sheet to guide you through the election outcomes and what it means for USD/CAD. Although, the impact of the election may be more evident once the current fears over China contagion risks subside as USD/CAD hits one-month highs. Taking a look at the chart, there is little in the way of resistance until 1.2948, although, it is worth noting that pivot points R2 and R3 sit at 1.2861 and 1.2909. 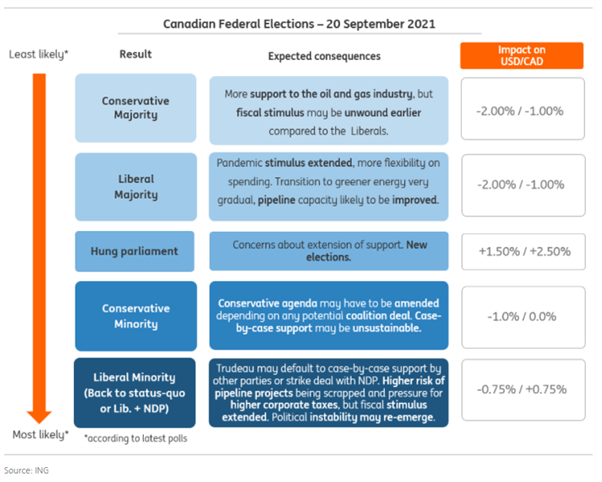 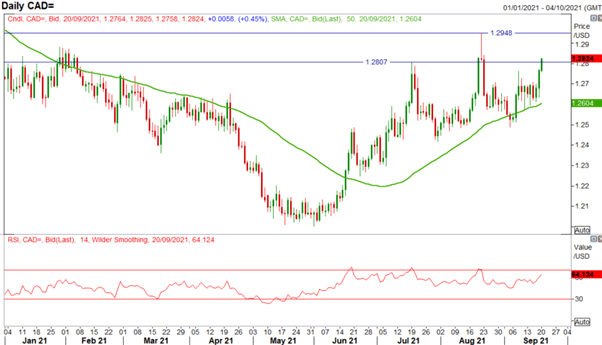