US Consumer Confidence Drops to Lowest Level in a Decade, Pulling Dollar From Highs

The University of Michigan’s consumer sentiment survey unexpectedly missed its consensus forecast, dropping to 66.8 instead of advancing from 71.4 to 72.4 as expected by economists. The headline print is the lowest level in a decade with the UofM reporting that higher inflation was weighing on Americans. According to the survey, One in four consumers cited inflationary reductions in living standards and half of all families surveyed anticipated a drop in real incomes in 2022.

The survey cites the largest disparity in sentiment across partisan lines. Consumers aligned with the Democrat President Joe Biden’s party have adopted a more positive outlook compared to the Republican party.

For market reactions, the S&P 500 would not break from its restrictive range. However, the DXY Dollar Index dropped approximately -0.2 percent after the release with interest rate forecasts in Treasury Yields and Fed Funds futures cooling. However, with the inflation implications clear in the data, it remains to be seen whether there will be a bear trend arise for the currency. 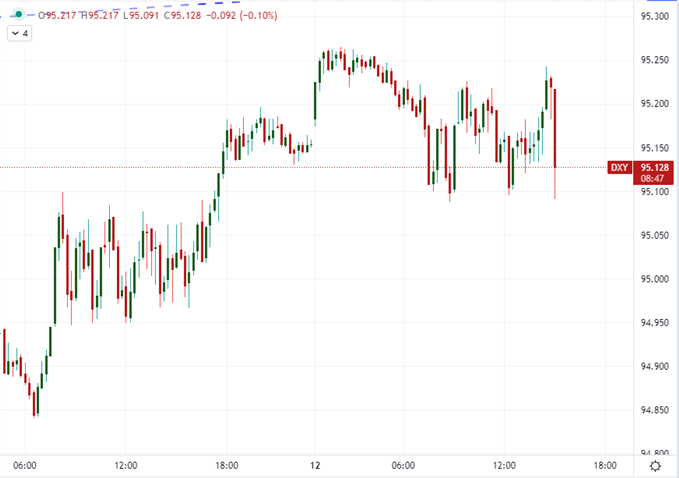