How Do NFTs Compare To Bitcoin? 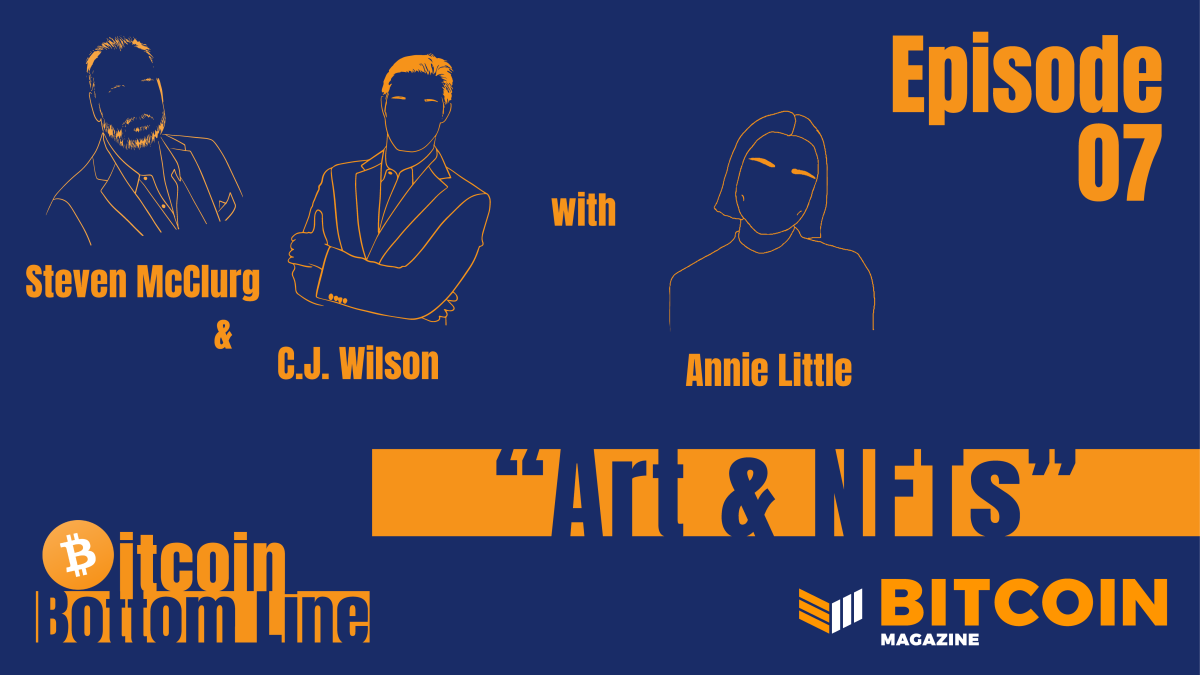 This episode of “Bitcoin Bottom Line” covered one of the cryptocurrency ecosystem’s current hot topics: non-fungible tokens (NFTs). Hosts Steven McClurg and C.J. Wilson brought on Malibu artist and marketing associate at Valkyrie Annie Little to offer her perspective on the value of art.

Is value objective or subjective?

Little discussed the difference between traditional and digital art, and how the value of each is contingent upon specific variables. She addressed the high barrier of entry for traditional physical art, and how such pieces require external resources such as time, special instruments and materials, weight, the list goes on.

“You have to get to know the material on a personal level. It has to become your third hand,” Little explained.

Then Wilson expressed that, to him, this is where the value lies.

McClurg referenced “Bitcoin Bottom Line” episode six by sharing the value of investing in art as a hedge against inflation. He went on to introduce opportunities that come with owning a piece of art, noting that “a lot of wealthy individuals will diversify their portfolio by purchasing art.. It is not only an appreciating asset, but it can become an income-producing asset as well.”

Wilson shared how he finds it difficult to commit to purchasing other media of store value while he is so focused on bitcoin.

“You worry sometimes that putting one dollar in the wrong bucket will cost you four or five dollars down the road,” he said.

He went on to explain how Bitcoiners get criticized for being too “set in their ways,” since it’s the oldest cryptocurrency. However, he shared that “there is a success bias… if you have early success with something, you don’t necessarily want to change too much… there’s a good result here.”

Coming from the traditional finance sector, most of McClurg’s portfolio used to be in bonds, but with inflation as a variable, he mentioned, “I had to completely leave the thing I know best to focus on something else, which is digital assets.”

Now, “digital currencies like bitcoin are really where most of my focus is,” he added. ​​However, he shared that people should be investing in what they know best, and be betting on themselves.

Closing out the interview, the hosts expressed their observations about how the younger generation doesn’t seem as obsessed with excess consumerism as the generation before. McClurg shared how his son revealed to him this behavior through the lens of the rapid cycle of “popular” Fortnite skins, for which Little blamed our shortening attention spans due to technology.

Wilson closed out the interview with some life advice: “To have a successful mindset in life you have to have a long-term aspect. With all the fluctuations in life, you have to think, ‘How do I keep this stable, how will I make this work?’”

“Bitcoin is your chance to get off the hamster wheel, and once you get off the wheel you’re free,” he said.