Good News For Bitcoin In Autumn 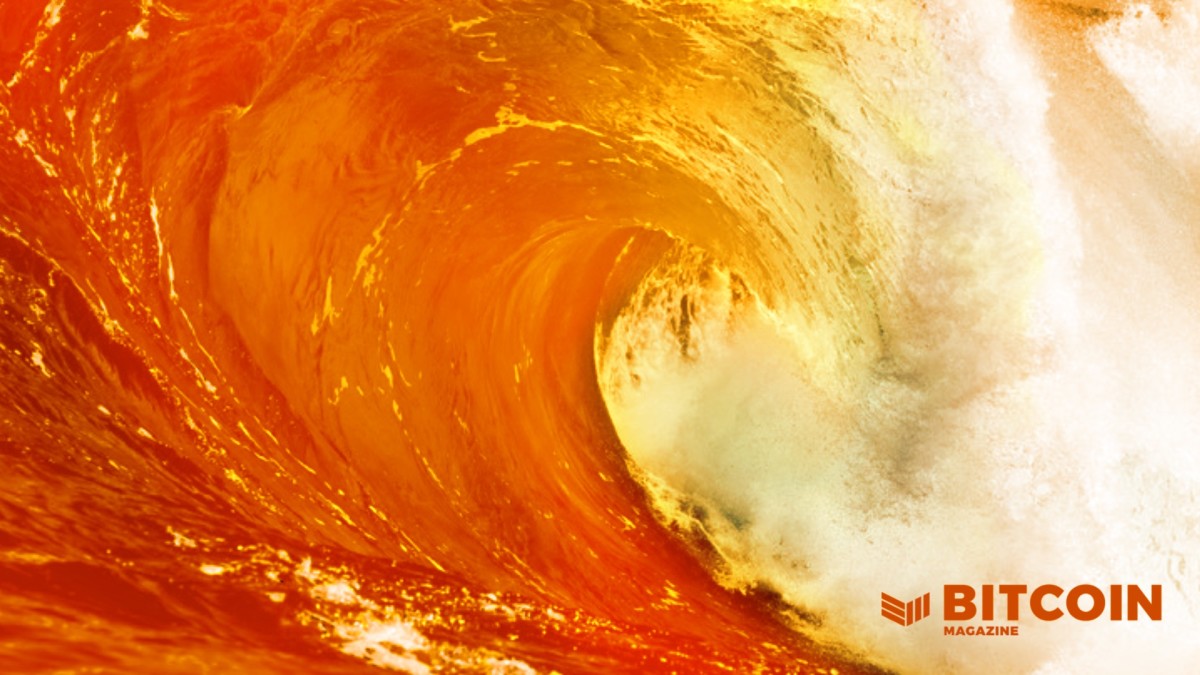 Last Week In Bitcoin is a series discussing the events of the previous week that occurred in the Bitcoin industry, covering all the important news and analysis.

Summary of the Week

This week was filled with bullish news. As the market appears to prepare for an end of year run, the good word keeps coming. From El Salvador’s volcano bitcoin mining operations going live to a Missouri Mayor planning to give households $1,000 in bitcoin each, the week was something to behold.

Monday was a busy day in the bitcoin sphere, starting with notorious bitcoin critic and JPMorgan CEO Jamie Dimon saying that bitcoin could go up 10x, but that he doesn’t care. On the same day, their competitor Morgan Stanley revealed they had more than doubled their investment in the Grayscale Bitcoin Trust to 58,000 shares during the last quarter.

As bitcoin tipping on Twitter started taking off, Strike CEO Jack Mallers said that he would donate all the tips he receives on the platform to the Human Rights Foundation. Later on Monday, Miami Mayor Francis Suarez, started advocating for bitcoin miners to switch to nuclear power, a clean and efficient alternative to fossil fuels. He said that Miami could become a clean bitcoin mining hub.

Ending Monday off on a high note, El Salvador revealed that over 2.25 million citizens now use the Chivo bitcoin wallet, no small feat considering it was only launched three weeks before. Coinbase revealed a new feature that would allow users to automatically convert their paychecks to bitcoin on the platform. Finally, U.S. Senate candidate Blake Masters said the U.S. government should buy a strategic reserve of bitcoin.

On Tuesday, the world’s largest provider of bitcoin payments, BitPay, announced a partnership with Verifone to allow their merchants to accept bitcoin payments. ATM maker Athena also announced that Salvadorans would be able to receive their salaries through the company’s ATMs. El Salvador’s president, Nayib Bukele, also shared a video teaser of the country’s plans for mining bitcoin using geothermal energy generated by the country’s volcanoes. “Rich Dad, Poor Dad” author, Robert Kiyosaki, warned that people should buy bitcoin before the biggest market crash in history, referring to an expected stock market crash.

On Wednesday, in an interview with Kara Swisher, Elon Musk discussed crypto regulations and suggested the U.S. government “do nothing” regarding regulating bitcoin and the overall crypto market. Cathie Wood’s Ark Invest also revealed that they had purchased $42 million in Coinbase shares on Tuesday.

Also on Wednesday, Umbrel unveiled their first plug-and-play bitcoin node, a big step in bringing users sovereignty. Despite China’s moves against bitcoin, it was revealed on Wednesday that there are still more than 145 bitcoin nodes active in China. Closing out news for Wednesday, Cool Valley, Missouri Mayor Jayson Stewart revealed plans to give each household in the city $1,000 in bitcoin.

On Thursday, as September drew to a close, El Salvador’s President Bukele announced that the country would give anyone using the Chivo bitcoin wallet a $0.20 per gallon discount on fuel, pushing for further adoption in the Central American nation.

Also on Thursday, U.S. Federal Reserve Chair Jerome Powell officially stated that the U.S. government would not ban bitcoin nor any other cryptocurrencies in the country, in contrast to China’s most recent ban. It’s an important signal for people in the U.S. and throughout the world who are still wary of investing in bitcoin.

On Friday, the Salvadoran government started mining its first bitcoin powered by geothermal energy, becoming the first country to mine bitcoin, starting a green energy bitcoin mining revolution. Funnily enough, it came just two days after the CEO of the Tehran Stock Exchange resigned after bitcoin miners were found in the exchange’s basement.

Overall, the last week has been overly bullish, with bears likely entering hibernation for the winter as bitcoin is predicted to breakout over the next couple of months. The only bearish note from the last week was JPMorgan CEO Jamie Dimon once again spreading FUD, despite thinking bitcoin may very well go up 10x.

If you understand bitcoin and what it represents, then it’s easy to make the case that bitcoin will increase tremendously over the coming years. Bitcoin is already up 25% over the last quarter, despite all the FUD from the likes of China. As the year draws to a close, it’s more and more likely that bitcoin is preparing for a decent run that could see it top $135,000 and perhaps even go as high as $300,000 or $400,000.

Of course, it’s easy for me to remain bullish every week. Let’s look at the reasons I expect a run. Besides an entire country adopting bitcoin (El Salvador) and more and more institutions adding bitcoin to their balance sheets (thanks to MicroStrategy), there’s also the case that fiat is getting ready for a pounding in the months to come. The U.K.’s decision to exit the EU is coming back to bite them as fuel, food and personnel shortages continue to grow and make headlines. Then there’s Joe Biden warning that the U.S. could enter a recession and Janet Yellen warning the U.S. could run out of money in three weeks.

With the world’s “superpowers” finding themselves in increasingly turbulent times, their economies are sure to take a knock, which will affect the 66 dollarized nations across the world and the global economy. Everyone will look at alternate, safer investments and that happens to be the thing bitcoin is best known for. As more and more people and companies scramble to buy bitcoin, the supply will dwindle and the price will shoot up. Simple.

The last three months of 2021 will see bitcoin hit new all-time highs and it’s likely to hit six-figures for the first time. Bitcoin is here to stay and more and more people are going to realize it’s the best bet both in the good times and in the bad.

This is a guest post by Dion Guillaume. Opinions expressed are entirely their own and do not necessarily reflect those of BTC Inc. or Bitcoin Magazine.

Discussing The Revenge Of The Nodes

Why You Can’t Have A PPE Curriculum Without Bitcoin

The Bitcoin Price Could Be Headed Toward Six Figures