– The British Pound has been under pressure ever since UK parliament came back into session on April 23.

– Cross-party talks between the Labour and Tory party leaders appears to be yielding little by way of getting enough votes to pass the EU-UK Withdrawal Agreement.

– It’s possible that UK Prime Minister Theresa May is pressured to resign or face a ‘no confidence’ vote if there is no progress in the coming days.

Looking for longer-term forecasts on the British Pound? Check out the DailyFX Trading Guides.

UK Prime Minister Theresa May and Labour party leader Jeremy Corbyn have continued cross-party talks in the wake of the EU-UK agreement to push the Brexit deadline back to October 31. However, ever since UK parliament came back into session on April 23, little progress has been made towards the goal of finding enough common ground to pass the EU-UK Withdrawal Agreement.

Regardless, from where things stand today, it would appear that the odds are rising of another UK general election. 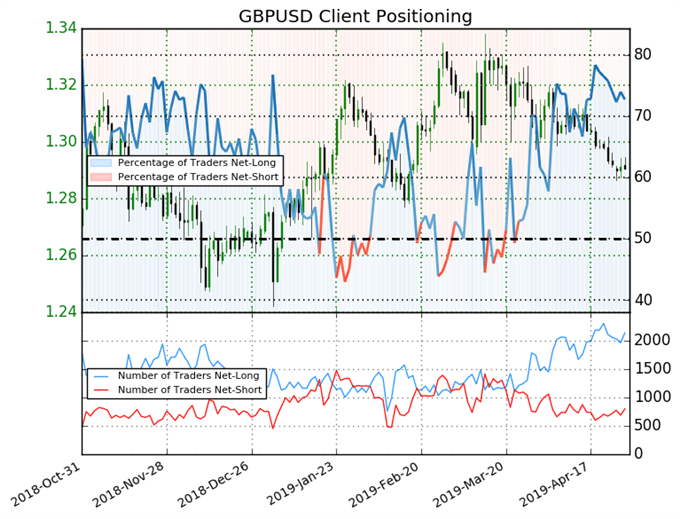 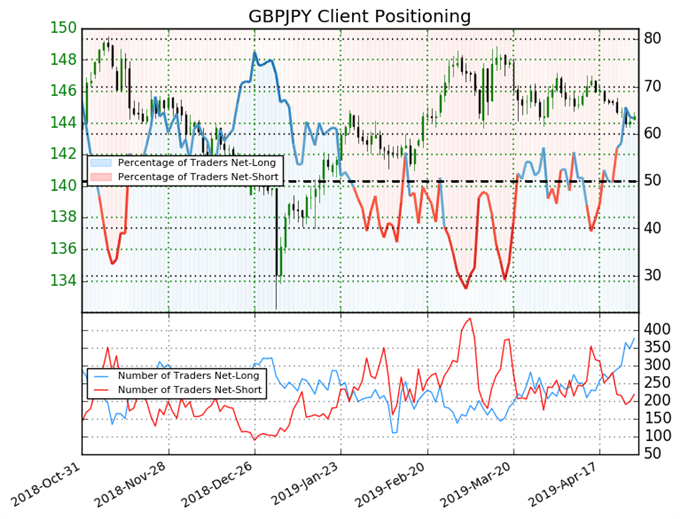 We typically take a contrarian view to crowd sentiment, and the fact traders are net-long suggests GBPJPY prices may continue to fall. Positioning is less net-long than yesterday but more net-long from last week. The combination of current sentiment and recent changes gives us a further mixed GBPJPY trading bias.

View our long-term forecasts with the DailyFX Trading Guides