Despite the Pound rejecting the key 1.40 area and being pegged down by the BoE, it has been a robust week for GBP/USD as much of the post-FOMC hawkish excitement faded. The BoE’s recent meeting provided little in the way of surprises with policy tools left unchanged, while the outgoing Chief Economist, Andy Haldane, had once again been the only dissenter on the MPC. However, with GBP bulls suffering from recent bias after the FOMC’s hawkish pivot and longshot bias stemming from uber hawkish reports (The Times Shadow MPC) they were subsequently disappointed by a highly expected wait-and-seemeeting. To add to this, the Bank directly responded to the view that they could move in a more hawkish direction, by adding that they will ensure that the recovery will not be undermined by apremature tightening in monetary conditions.

Looking ahead to next week, the economic calendar is rather light from a UK standpoint with only the final Q1 GDP reading due. Now that we are at the tail-end of Q2, I highly doubt that the Q1 GDP figure will be a notable mover, keep in mind that markets are forward-looking, not three-month-old backwards-looking. In turn, the main focus will be on economic data across the Atlantic with US ISM and NFP taking center stage.

I expect the NFP data to generate the biggest source of volatility, particularly after the June FOMC hawkish pivot, which means that the Fed is just that bit more reactive to data than previously. Alongside this, with the Fed remaining adamant that inflation will prove transitory, greater weight has been placed on the labour market with policymakers wanting to see more progress, thus making the NFP data have a bigger propensity to move markets. 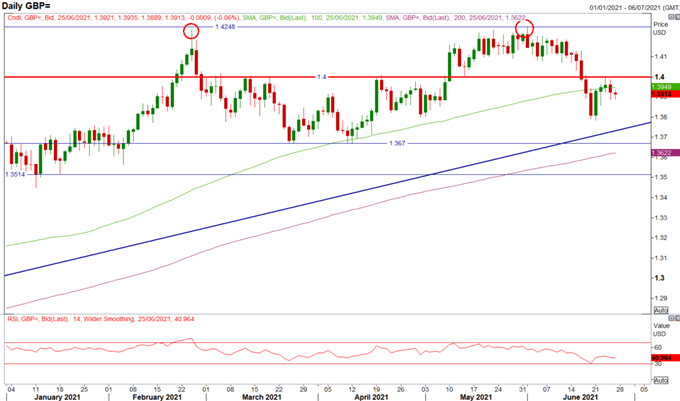