A fresh YTD low for cable, having broken through the 1.3400 handle. However, this has largely been a USD story, given that EUR/GBP remained largely muted throughout the week. FX markets paid attention to the blowout US CPI report, which in turn, makes it harder to stick behind the transitory argument, particularly with inflationary pressures seen to be broadening out. That being said, with the Federal Reserve adding flexibility to its QE taper, this does raise the prospect that the Fed could look to taper at a quicker pace, should data remain firm.

Looking at USD majors, many are trading at extended levels and thus, we could begin to see the greenback easing off a touch from its recent peak, through the upcoming week. However, we remain cognisant of rising geopolitical risks emanating from the borders of Belarus. Therefore, traders will have to make sure that they are agile and attentive to headline risks. 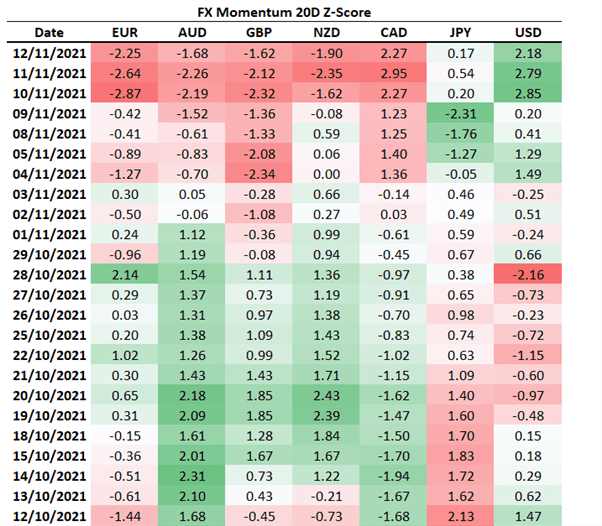 For the Pound, there is a plethora of key data releases next week and much like the US, the focus will be on the latest inflation report. Now while we do have labour market data, this is likely to be somewhat less impactful on the Pound, given that this data does not cover the initial effect of furlough expiration. That data will not be released until two-days prior to the BoE’s December meeting.

Another theme that is developing is the tensions between the UK and EU over the Northern Ireland protocol. Now while the latest talks have been slightly more encouraging, the red line remains regarding the oversight of the European Court of Justice, which the UK has said is a red line. To find out more, click here

Taking a look at the chart, there is little in the way of notable support until 1.3282 (100WMA) and 1.3165 (200WMA). However, I am not expecting cable to fall in a straight line and thus look for some consolidation in the pair. An encouraging for dip buyers would be a weekly close above the psychological 1.3400 handles. As I mentioned, major USD pairs are relatively stretched at current levels, therefore chasing cable lower looks unappealing. That said, near term resistance resides at 1.3480 and 1.3500. 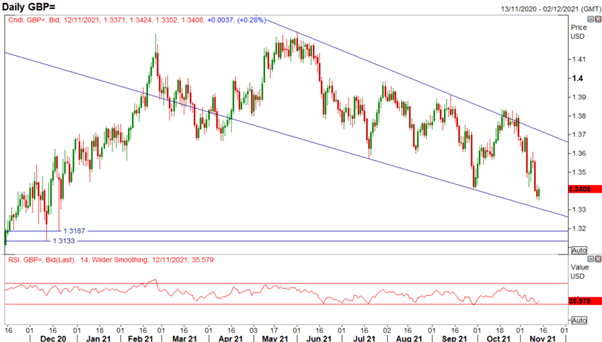