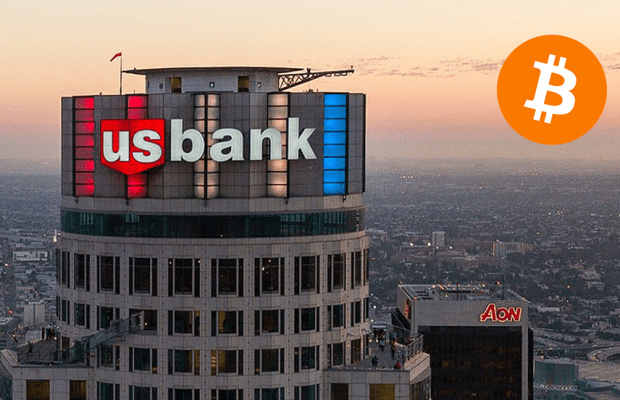 Today, the fifth biggest retail bank in the nation, U.S. Bank, is expected to announce that its Bitcoin custody services are available to fund managers, CNBC reported.

The service will custody Bitcoin private keys for fund managers through a partnership with NYDIG, Gunjan Kedia, vice chair of the bank’s wealth management and investment services division told CNBC.

It is likely the fund managers, U.S. Bank, and NYDIG will all partake in a multisignature Bitcoin private key solution, which requires a majority of private key holders sign off before Bitcoin can be spent, and is broadly understood to be a strong security method for institutional buyers.

“Our clients are getting very serious about the potential of cryptocurrency as a diversified asset class,” Kedia said in an interview. “I don’t believe there’s a single asset manager that isn’t thinking about it right now.”

After surveying U.S. Bank’s biggest clients to determine their interest in Bitcoin, she found that the demand was broad, and that clients “wanted the bank to move quickly,” according to CNBC.

“What we were hearing across the board, is that while every currency might not survive – there may not be room for thousands of coins— there’s something about the potential of this asset class and the underlying technology that would be prudent for us to stand up and show support for it,” Kedia said.

U.S. Bank will be among the first institutions to have a live institutional custody product available. While it may seem at first ironic that the currency was born in spite of trusted third parties, self custodying Bitcoin is simply not an option for some institutional investors. A custodial Bitcoin solution in many cases provides price exposure where otherwise there would be none.

The Bitcoin custodial product is currently only available for institutional managers with private funds in the U.S. or Cayman islands, according to the bank. Still, the demand for more Bitcoin products, such as an ETF, is rising.

“We have a lot of funds who are hoping to invest in ETFs,” Kedia said. “Some literally want custody contracts signed the day the SEC approves an ETF.”

U.S. Bank, with more than $8.6 trillion in assets under management, is just the latest in a line of banks to get involved with Bitcoin. This comes after a year of increased demand for Bitcoin by institutional investors. Notably the Bank of New York Mellon, among other traditionally conservative financial institutions, has announced plans to custody Bitcoin and crypto.