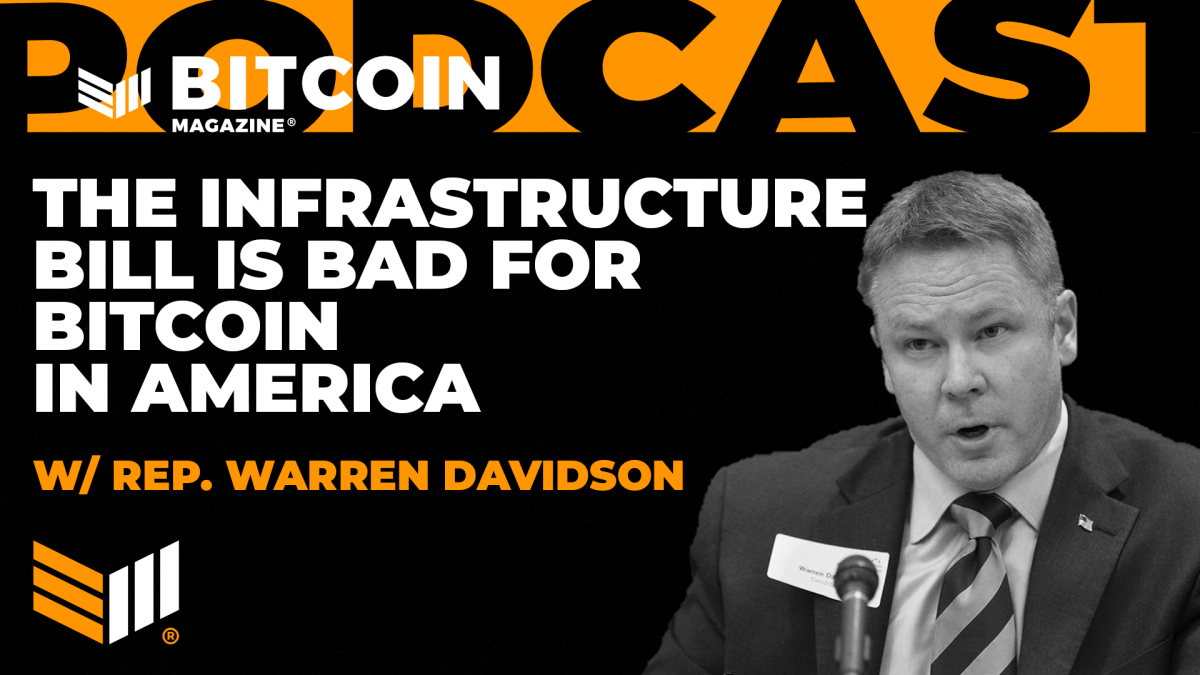 Unless you’ve been living under a rock for the past 48 hours, you’ve likely heard about the last-minute addition of a cryptocurrency tax to the U.S. Senate’s forthcoming infrastructure bill.

In this episode of the “Bitcoin Magazine Podcast,” host David Zell sat down with one of D.C.’s strongest Bitcoin supporters, Representative Warren Davidson (R-OH), to talk about the specific language and potential impact of this cryptocurrency tax legislation. As it stands now, the bill’s language is so broad that it could apply to a myriad of crypto-related activities that have no business being taxed. Worse still, the additional compliance costs that this bill could trigger would gravely jeopardize the viability of companies and startups in the Bitcoin space. Davidson blasted its stunningly poor verbiage, lamenting that it must have been written by people either totally ignorant about the industry or worse, by people looking to harm it. In his view, passing the bill in its current form would be a disaster both for the cryptocurrency industry and the American economy overall.

Davidson spoke about how this bill marks a departure from America’s longstanding role as a nation that spearheads innovation. Should it pass with its current language, he warned, America risks missing out on one of the most revolutionary technological strides in history and falling behind our adversaries in this vital innovation.

“America led in the Industrial Revolution, the advent of the automobile and the development of the internet,” said Davidson, “and now America is about to forfeit that leadership with this new technology.”

The congressman discussed how the bill might be altered for the better and how much time there is to fix it. At the end of our discussion, Davidson called on the Bitcoin community to jam up the phone lines of their elected officials and implore them to fight the cryptocurrency tax language in the bill. You won’t want to miss this.