The share price of China’s second-largest property development company, Evergrande, slumped further today on increased fears that the company’s estimated $300bn debt pile may not be serviceable. The company’s debt rating has been slashed further this week by two of the major rating agencies. This week Fitch cut Evergrande’s rating to CC from CCC+, saying that the downgrade ‘reflects our view that a default of some kind appears probable’, while Moody’s cut the property developer’s corporate rating to C. Moody’s definition of obligations rated C ‘are the lowest rated and are typically in default, with little prospect for recovery of principal and interest’.

Evergrande’s share price has been falling sharply for months now but the latest news increases the chances of some kind of default – unless the Chinese government step in – and the fears of contagion not just for domestic Chinese property companies, but also for banks and companies across the globe who have lent money to the developer. 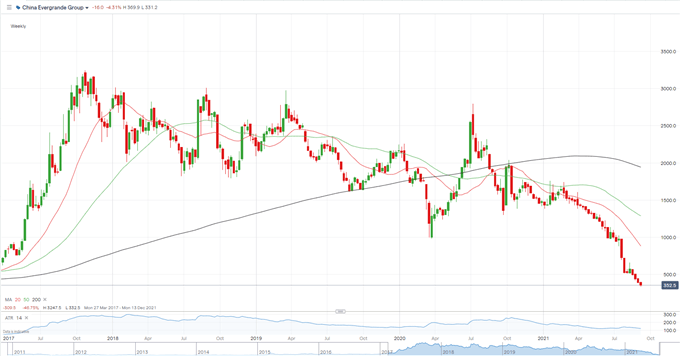 The Chinese online gaming sector remains under regulatory pressure with news today – not confirmed – that Chinese authorities are set to suspend new video games approvals as the country continues to tackle gaming addiction. At the end of last month, authorities said that children under the age of 18 would only be allowed to play for one hour a day on Friday, weekends, and public holidays.Shares of industry giant Tencent Holdings fell by over 8% in today’s session, while shares of NetEase fell by just over 11%. 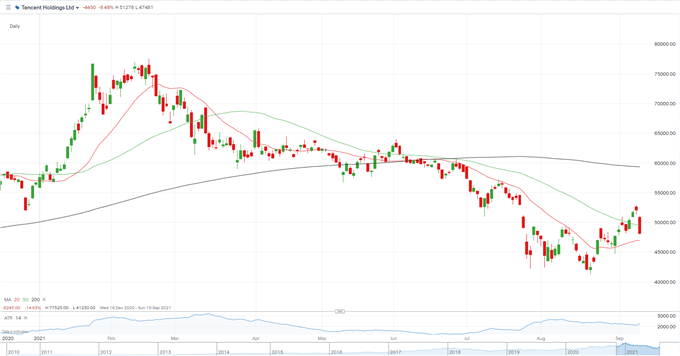 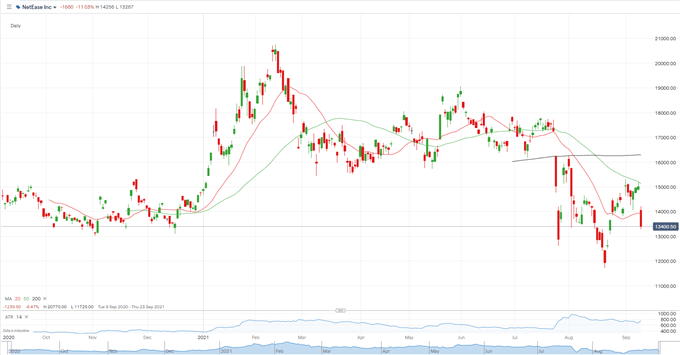 What is your view on Evergrande – bullish or bearish?? You can let us know via the form at the end of this piece or you can contact the author via Twitter @nickcawley1.