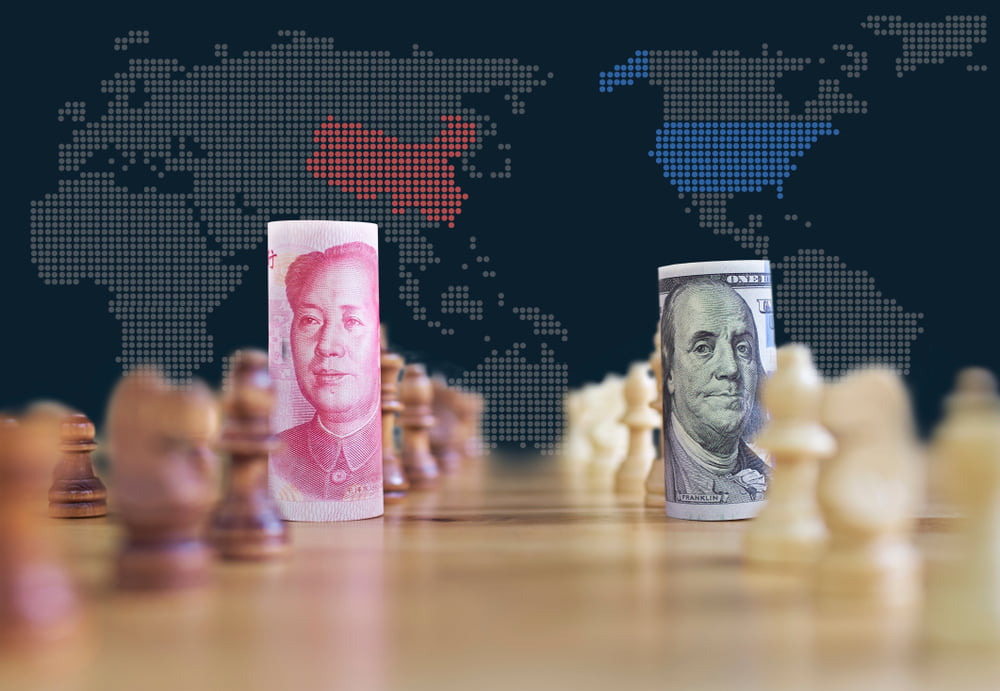 This highlights a bizarre relationship, where on the one hand, authorities embrace blockchain’s potential to revamp the national infrastructure. Yet, at the same time, impose draconian measures on retail investors.

Following China’s ban on ICOs and fiat to Bitcoin exchanges; as well as the more recent proposal to outlaw crypto mining, many observers believe the Chinese authorities are opposed to blockchain technology.

But a recent report from China.org.cn, an official internet information channel, shows China to be the foremost country for blockchain projects. According to the article, China leads the world in the number of blockchain projects, at 263. A figure that makes up 25% of the global total.

“It can serve the real economy in terms of circulation and distribution. In the field of industrial economy, blockchain allows various assets to flow in the digital world, so it is a real gateway to digitalization for industries.”

At the same time, caution comes from the speculative nature of cryptocurrency. Which some say distracts from the core fundamentals of what blockchain should be about – a tool to serve people. And not a get rich quick scheme. Paul Sin, Asia Pacific Blockchain Lab lead at Deloitte said:

“When all the noise, hype and speculation dies down, we expect an increasing focus on the real application of the technology in solving real business problems to create solid synergetic values.”

Not only that, but according to the China Internet Report, officials are quite happy to say no to crypto, but yes to blockchain technology. Moreover, this seemingly paradoxical approach comes from a fear of blockchain’s potential to disrupt the status quo. Speaking to CNBC, venture capitalist and technology executive, Edith Yeung, said:

“What the Chinese government is not endorsing is the crypto part of things. Which is challenging the fundamental of financial systems.”

News of a Chinese central bank digital currency (CBDC) has been in circulation since the end of 2017. And while some see this as positive for the industry, in terms of blockchain adoption, Nouriel Roubini disagrees. Speaking to the Guardian, the American-Iranian economist said:

“This is nonsense. If anything, CBDCs would likely replace all private digital payment systems, regardless of whether they are connected to traditional bank accounts or crypto-currencies.“

Taking this into account, CBDCs represent the antithesis of what Bitcoin and other decentralized cryptocurrencies represent. That being so, a Chinese digital currency is not something to celebrate. Instead, it should be seen for what it is, a final play for relevance and control.

Argentinian Province Misiones Plans to Issue Its Own Stablecoin